Debts Not Wiped Out In A Chapter 7 Bankruptcy 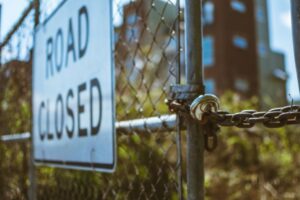 Here’s a list of the most common types of debts that are not dischargeable in a Chapter 7 Bankruptcy.

Certain Types of Taxes can’t be erased in a Chapter 7 Bankruptcy. These include the following:

Debts Incurred To Pay Taxes Which Are Nondischargeable. This means that you can’t pay taxes with a credit card and then claim that this specific credit card debt is dischargeable in Bankruptcy.

Debts Owed To The Government. For example, any debts owed to Medicare, the Social Security Administration, or the U.S. Department of Justice can’t be erased in Bankruptcy.

Debts Not Listed or Scheduled On Your Documents Filed With The Court unless the creditor knew and had time to file an objection or claim.

Child Support and Spousal Support. Court ordered domestic support payments aren’t dischargeable in your Chapter 7 Bankruptcy. If your problem is domestic support obligations, you need to work it out in family law court … not Bankruptcy court.

Divorce and Property Settlement Agreements. If a divorce court judgment has ordered one party to pay certain debts, those debts aren’t dischargeable in Bankruptcy without the consent of the other party.

Criminal Fines, Penalties or Restitution. Any court fines/fees which are related to a criminal activity can’t be erased in Bankruptcy. You can’t discharge any debts or judgments which are incurred as a result of death or personal injury to others caused by your criminal activity or negligence.

Debts Resulting From DUI. This not only includes alcohol, but also drugs or another substance.

Debts Not Dischargeable In A Prior Bankruptcy Where Debtor Was Denied A Discharge. If you were denied a discharge in a previous Bankruptcy case, then you can’t discharge any of those debts which you would have qualified to discharge earlier.

Debts Resulting From Certain Bad Acts On Your Part. This include debts arising from such acts as:

Realize that these debts aren’t automatically excluded from discharge. A creditor who disputes the dischargeability of these “bad act” debts must step forward and take prompt actions to object to the discharge of his claim. Note … absent a request by the creditors and the granting of that request by the court, these “bad act” types of debts will be wiped out in your Bankruptcy.

The rules about discharge in Chapter 7 differ from those under Chapter 13. These differences may make it more attractive to seek relief under one type of Bankruptcy or the other. That means if you have one of these nondischargeable debts you may want to consider a California Chapter 13 Bankruptcy.

Perhaps you have some questions. You can reach my by phone at 760-523-9090. Or just click on the ORANGE “Contact Me” button at the top of your screen. I’ll contact you back and make arrangements to meet with you.

Talk with me. I’ll treat you like a friend.